They are indeed the principle of things, and yet they are not interpretable and empty as mirrors

Named after the ancient Greek term παρῳδία (παρά "similar" and ᾠδή "song"), parody is the first and foremost inspiration for an epistemology that refuses any understanding of reality if not by means of analogy. From an aphorism by the French philosopher and writer Georges Bataille, written in 1931: “It is clear that the world is purely parodic, in other words, that each thing seen is the parody of another, or is the same thing in a deceptive form.” The exhibition (the second of a trilogy dedicated to the oeuvre of Georges Bataille) indulges in a temporary evasion from any sense of modernity, blurring the sacred boundary between how things appear and how they really are.

The subversion of high and low enacted by parody creates a confusion between the model and the caricature, which is indeed, like in Borges' Pierre Menard Author of the Quixote, a principle of anti-modernity. In this short story, Pierre Menard is the author of a "second" Quixote, who rewrites (rewrites, not copies!) Cervantes' novel word by word. The apparent futility of his intellectual endeavour proves in fact that, once the chronological succession of the events is messed up, “Fame is a form of incomprehension” as “Every man should be capable of all ideas”. In other words, parody neutralises the difference between the repetitive nature of human existence and the development of technology, namely the technologies for the administration of knowledge and culture.

Since in fact we never had a chance to distinguish the author from the buffoon, we celebrate them both, lifting every single creative act from the burden of history. In fact there is no such a thing as a serious speech when trivial details become of paramount importance. Nonetheless, the celebration of alternative narratives is our favourite amusement, for it illustrates the impossibility of substantial change—it appears as the parody of the noise generated by gossip. In this sense the word contemporary rather designates the research for solace in a forged vision of modernity.

Exhibited works betray the sense of sameness that we perceive in difference: they represent the glitch that pollutes the language of modernity. After the same thing has been painted over and over for centuries, for every -ism that goes out of date there is always another mask popping up to hide the void. And yet, for every person chasing money to change the world there is a wretched soul who is proud of its own nothingness. Caught in a constant process of demystification, we gather today to worship artworks, for they can be put forward as the principles of things and yet are not interpretable and empty as mirrors.

Lito Kattou's Restrain/Constrain, reflects on the fragility of both history-identity and household items that parody the importance of sites of historical relevance. Petros Moris elaborates on the topological description of tridimensional figures, representing fake knots on marble, images that resemble the shape of knots despite not being so. Panos Papadopoulos participates with a drawing on a image of a painting by El Greco where the solemn portrait of a rich man is compared to the stylised shape of a penis: a man in an armor, an equivalent of a man in a Ferrari, suddenly takes the shape of a dick. Andreas Sell exhibit a landscape of Lesbos painted in the traditional style of sacred icons, confusing the concepts of sacred and profane as well of traditional and contemporary. Next to these works a series of relevant objects will be exhibited: four sheets of blotter art bought on the Art section of The Silk Road, an online black market, and an architectural exercise dating back to 1920, where ancient and mysterious symbols draw the parody of right wing extremism. 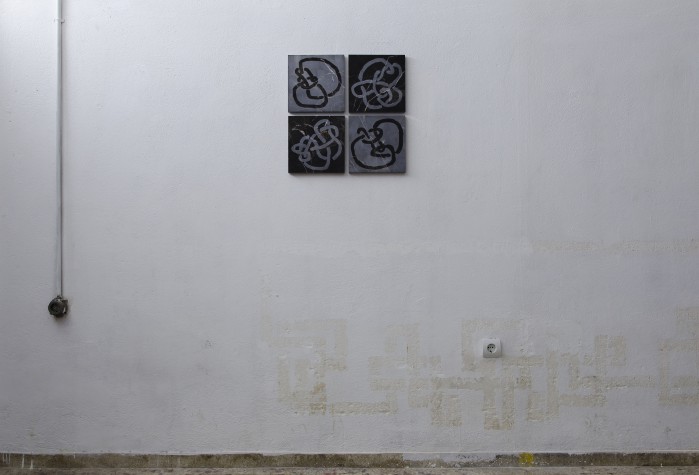 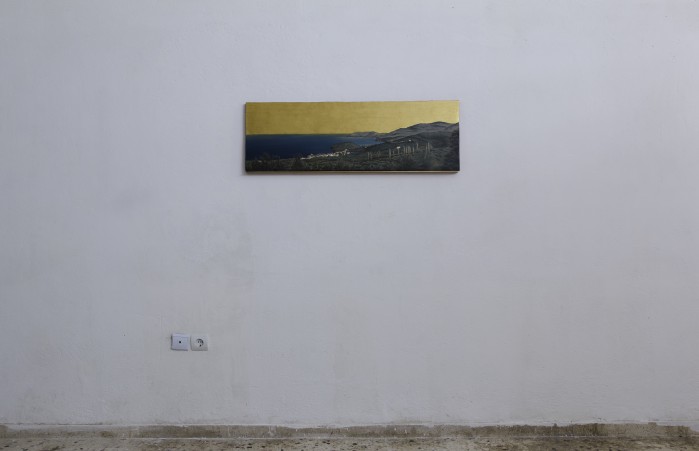 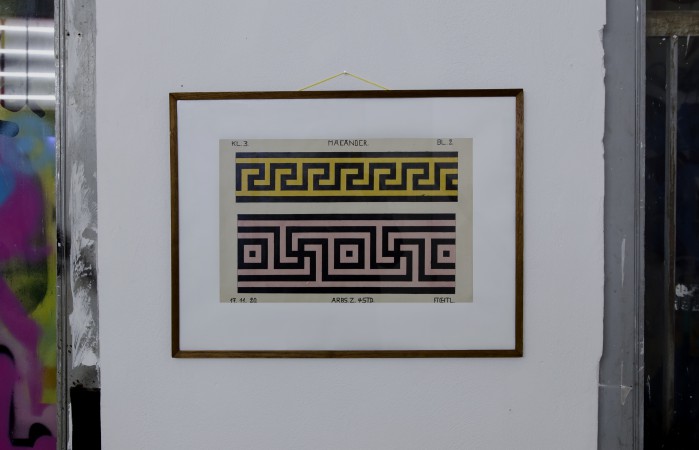 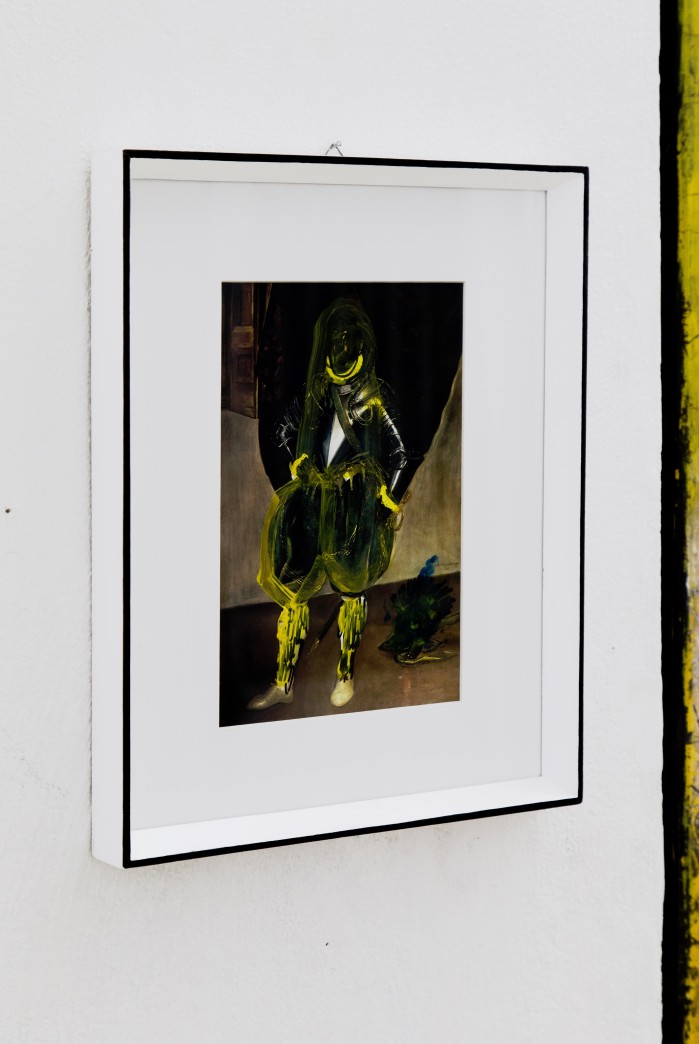 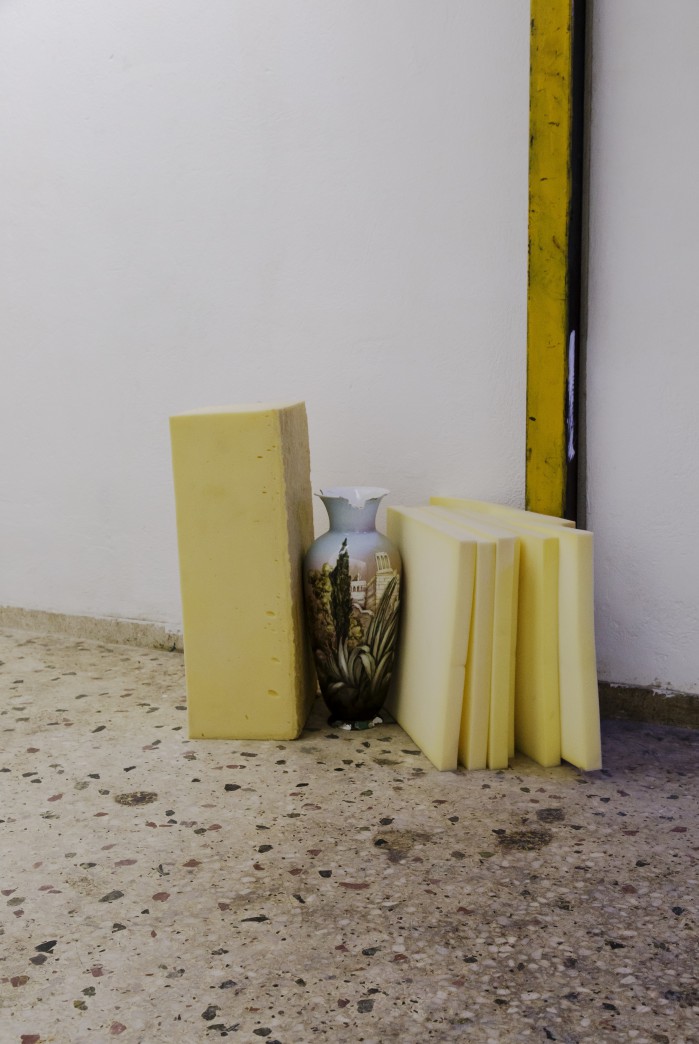 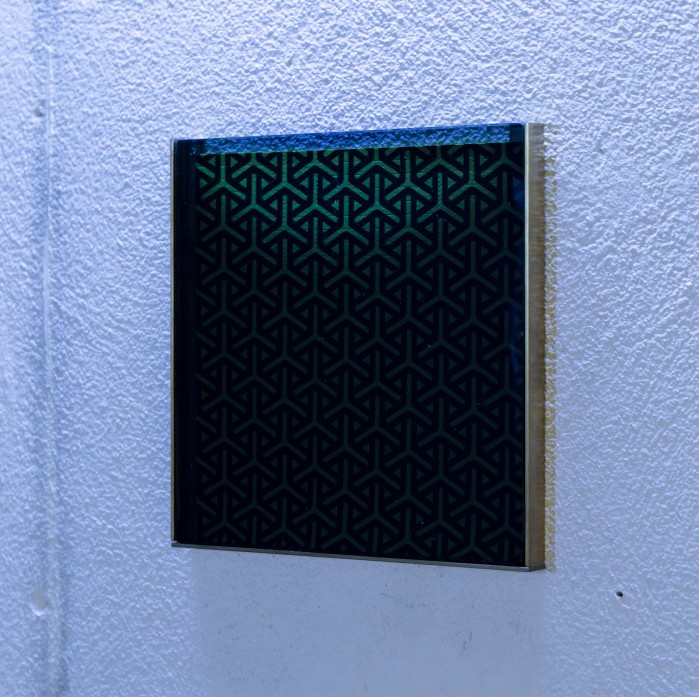 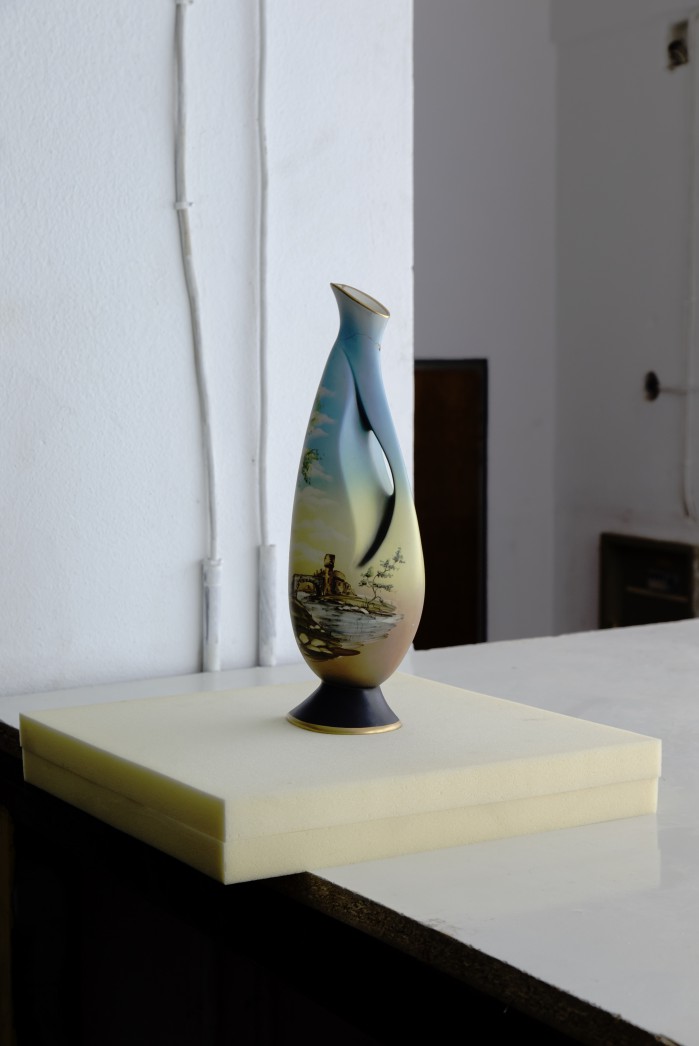